You can reserve tours from locals who will take you to the most interesting and beautiful places in Siem Reap, there are more than 144 excursions available for online booking. 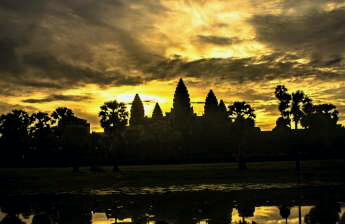 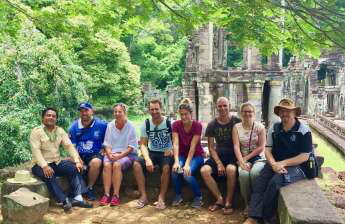 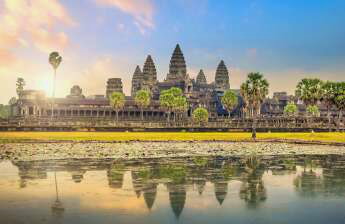 Kompong Phluk
Sort by:
by popularity
Skip-the-line
Can Siem Reap really be seen in a single day?

Angkor is a large complex of temples in Cambodia that are carved out of stone. The main one, Angkor Wat, is featured on the country's flag. You can also see the Bayon Temple, which is a huge complex with intricate stone structures and giant faces.

Located in the heart of the city, Wat Preah Prom Rath is a beautiful temple in Siem Reap. It is considered as one of the most beautiful pagodas in Cambodia and is a great place to visit. It has a beautiful garden, colourful frescoes and many statues. It is also home to a number of Buddhist monks.

It is a historical Buddhist temple complex that has a lot of colourful pagodas. The grounds are also very well maintained. They have a very calm and relaxing atmosphere. The Pagoda of the Elephants is a particularly lovely one. This pagoda is free to enter.

The temple is a popular tourist destination and people come to pray in it. It is a quiet and picturesque pagoda with a nice prayer area. The temple is also known for its large reclining Buddha.

Located near Wat Bo Road and Street 26 is the Apsara Theatre & Restaurant. It is a unique venue that showcases Khmer performing arts. It features a traditional orchestra and classical dances. It also offers a set meal of Cambodian cuisine.

The theatre is one of the most popular places to see traditional Khmer dances. The performance includes a classical and folk style of dancing, as well as a Masked dance. The dances are performed by a troupe of about 30 artists. They perform Khmer versions of classic Ramayana and Reamker legends. The dancers are dressed in elaborate golden headdresses. The positions they hold are symbolic.

The Angkor Village Apsara Theatre is a large wooden pavilion that hosts classical Khmer dance performances. The performances are air-conditioned and include scenes from the Hindu epic Ramayana. The shows are accompanied by a live orchestra. 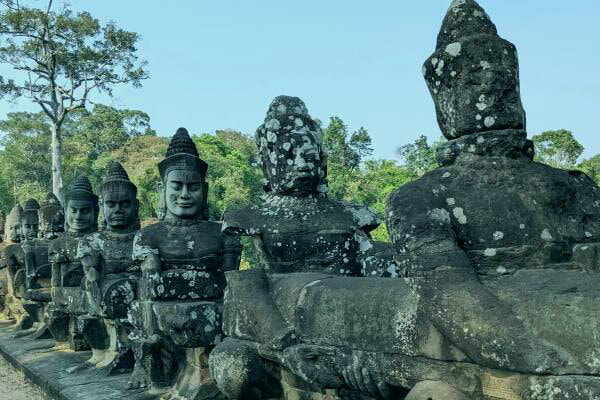 Located on the east side of the Siem Reap River, the Art Center Night Market is an excellent place to shop for local handicrafts, souvenirs, and foods. It is also a great place to experience the local culture.

This market is also home to the Angkor Handicraft Association, which aims to promote Khmer traditional crafts and donates the profits from the sale of handmade products to local artisans. It also hosts classes for adults and children. It is also a good place to buy local handicrafts, such as clothing, jewelry, and textiles.

This night market is one of the most popular in town. It is located across from the Old Market. You can easily access it with a tuk-tuk or by walking along the road. It has several restaurants, bars, and shops.

Located in Angkor National Park, the Cambodia Landmine Museum is more than a simple museum. It also serves as an orphanage for children whose lives have been affected by landmines. This tourist attraction is a must-see for those visiting Siem Reap.

The museum explains the history of landmines in Cambodia. It also showcases a collection of decommissioned landmines and other explosive ordnance from war. It is also a place where people can learn about how to clear and destroy landmines.

The museum was founded by Aki Ra, a former Khmer Rouge child soldier. He was forced to serve under the regime, and later became a landmine activist. He started clearing landmines with a stick. As he cleared minefields, he found many abandoned children. The money he earned from ticket sales went to support the children in his care. 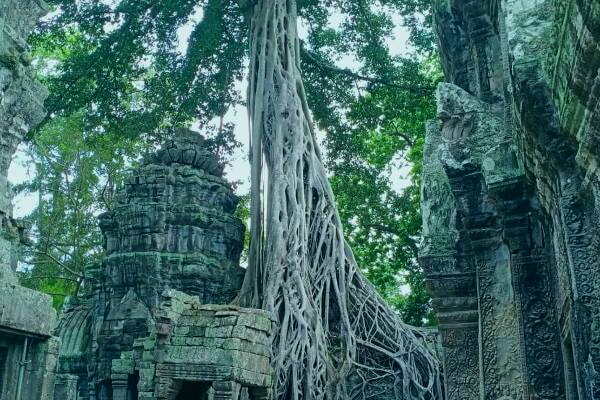 Angkor temples in Siem Reap are a must see if you're visiting Cambodia. They provide an insight into the history of an almost forgotten culture. The best time to visit is when the weather is cooler and fewer tourists are around.

The Angkor Temples are a UNESCO World Heritage site. They were built in the 12th and 13th centuries. The walls of the temples are intricately carved. They are too detailed for men to have created them.

The largest temple in Siem Reap is Angkor Wat. This temple was commissioned in the early 12th century by King Suryavarman II. It has 1200 metres of impressive bas-reliefs. It is also climbable.

Angkor Wat is a subject of many books and films. It is a popular tourist destination. It is a good idea to hire a guide if you are interested in learning more about the temples. You can get a tour through a travel agent or your hotel.

Whether you want a more in-depth experience or just a day out in the wild, Siem Reap offers several excursions and day trips that can give you a memorable adventure. You can hike through ancient temples, or discover the country's unique culture and food.

You can visit Phnom Kulen, a sacred mountain range that holds special meaning to Buddhists. It is also home to a beautiful Buddha carving at its peak. You can hike a trail to the top of the mountain, and enjoy spectacular views. You can also ride on a bamboo train in Battambang province, which is known for its colonial French architecture.

If you're feeling more adventurous, you can explore the countryside by quad bike. It's an excellent way to see daily life and discover beautiful treasures outside of Siem Reap.

In addition to sightseeing, you'll have the chance to swim in waterfalls. You'll also enjoy a boat ride on Tonle Sap Lake. You'll have a chance to meet local fishermen, and view their lives. You'll also get to see children fishing in rice paddies.

One of the best attractions in Cambodia is the Angkor Temple Complex. This world-renowned archaeological site is a must-see. It has become a symbol of the country. In fact, it has even been incorporated on the national flag of Cambodia. It is considered one of the four wonders of the ancient East.

You can also take a ride on a bamboo train in Battambang, where you'll have a stunning countryside view. This is a great alternative if you don't have time to explore Angkor.

Cities nearby of Siem Reap 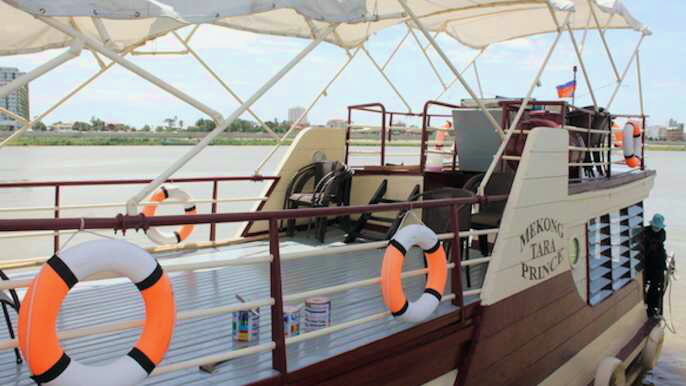