You can reserve tours from locals who will take you to the most interesting and beautiful places in Trogir, there are more than 67 excursions available for online booking.

Located in the central Adriatic coast, Trogir is a small, medieval town that has been largely preserved. Its old town is connected to the mainland and to the island of Iovo. It has a 13th-century cathedral, a Renaissance Chapel of St. John, and sweeping views from its bell tower.

Located across the Adriatic Sea, Kamerlengo in Trogir is a castle which was built in the mid-15th century by the Republic of Venice. It's one of the most important monuments in Trogir. It was designed in the Renaissance style and was a part of the city's fortifications.

The castle was built in limestone and was almost destroyed in the Second World War. In the present, it is a multimedia center and event venue. During the summer, concerts are held here. In addition, you can also go on an archery tour in the season.

The fortress is surrounded by three towers. The towers are a good vantage point to view the city. It's a must-see place.

Located on the main square, Cipiko Palace in Trogir is a 15th century palace. It was built by the prominent Cipiko family of Trogir. It is an example of Gothic, Romanesque, and Renaissance architectural styles. It is home to a number of priceless works of art.

The most famous artwork at the palace is the Venetian-Gothic triple window. It was created by the famed architects Firentinac and Alesi. It also features a statue of a cockerel from the prow of a Turkish ship.

The eastern wall of the palace features a number of architectural remains. There are six apses dedicated to St Mary. There is also a labyrinth connecting the two palaces. The ground floor was also uncovered, showing an ancient pavement.

Another highlight of the Cipiko Palace is the portal. It is decorated with candelabras. It is a beautiful piece of art. The portal leads to an external stairwell. It also has a coat of arms of the Cipiko family. 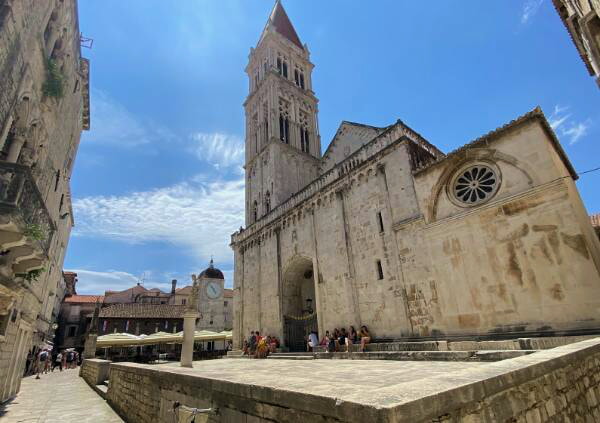 Located in Trogir's Historic City, St Sebastian's Church is one of the many iconic landmarks that make the town famous. The basilica was built in the 11th century, but was deconsecrated for some time before being restored. It is now linked to the Early Croatian church of St Mary, which was originally built at the level of the square. During the restoration of the basilica in the 1980s, archeological remains were discovered inside.

The apses of the hexafoil church of St Mary have been unearthed in the wall of the chapel of St Sebastian. The basilica's cathedral is also home to a number of relics and liturgical objects. The Trasury of the Trogir Cathedral contains items from the time of the church's founding.

The baptistery is a synthesis of late Gothic and early Renaissance features. It is a work of art in its own right, especially the sarcophagus of Saint John the Evangelist. The sarcophagus, a ritual object, was used to enact vows. It is topped by a large blue faced Renaissance clock.

Whether you are interested in local cuisine, food art or just want to try some of the finest Croatian produce, you should visit Trogir Farmers Market. Located on the mainland just a few hundred feet from the bus station, this local market is a must-see. You can find all sorts of fresh fruits and vegetables, including some of the region's best lavender products.

The Market of Trogir is a blend of the traditional and the touristy. It is a small, but very charming market. In addition to a lot of vendors selling all kinds of produce, you can also find some fantastic cafes and bars. It is not a crowded place, and is a great place to take a break from sightseeing.

You can buy anything from locally grown fruits and vegetables to handmade artisan stalls. The market is open from 8:00am to 5:00pm. It is a good place to pick up some locally produced olive oil and lavender products. You can also find some fresh baked bread, a variety of prepared foods, and even some local souvenirs. 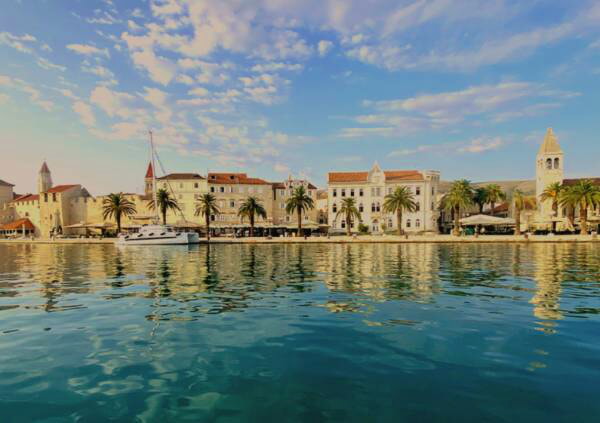 Founded in 1064, the Benedictine Monastery of St. Nicholas in Trogir has been an integral part of the city for nearly a thousand years. This monastery is an important part of the history of the city and the region, and has played a vital role in Christian culture.

The Monastery is home to the Kairos Collection, a large collection of marble sculptures dating back to the 3rd or 4th century. These works of art were created in the workshop of Athens.

The oldest painting in Trogir is the Master of Burano Virgin, which is dated to the second half of the 13th century. Other valuable works of art in the Monastic collection include a late Gothic reliquary from the Dominican church on Civo, and a polyptych by Blaz Jurjev of Trogir.

During your holiday in Croatia, you should take time to enjoy a day trip from Trogir. You can choose to visit the islands in the Dalmatian Archipelago, or relax and spend your time in the coastal town. These tours offer plenty of adventure and are a great way to explore this area. There are also local food and wine tours that are a fun way to experience the culture of the region.

There are several historical sites to see in Trogir. One of the most popular sights is the Cathedral of St. Lawrence, which is a marvel of mixed architectural styles dating from the thirteenth to the seventeenth century. The cathedral tower has an amazing view of the central city square. If you have the time, you can climb the tower to get a different perspective of Trogir.

Alternatively, you can check out the Kastel Kamerlengo fortress. It was built in the fifteenth century and is known for its spectacular views of the surrounding coastline. It is located on a high cliff and can be accessed by car or bus. You can take a self-guided tour of the fortress or join a guided tour.

You can also check out the Cipiko Palaces, which were once home to a famous family. They were built in the mid-15th century by famed architects Firentinac and Alesi. The smaller facade is home to an intricately carved Gothic trefoil window. The larger facade features a carved door by John Duknovic.

Another popular sight in Trogir is the Blue Cave. This limestone cavern is a popular stop for snorkeling and swimming excursions. It is open from April to October, but can be closed outside these months. If you want to see this cave, you can find a day tour from Trogir that includes a boat ride to the island.

You can also explore the Krka National Park, which is full of waterfalls, lakes and beautiful landscapes. The park is about an hour drive from Trogir, so you can easily make a day trip from Trogir for the day. A local tourist agency can arrange a private guided tour of the park.

There are also numerous beaches in and around Trogir. Whether you want to swim in the warm water, or just soak up the sun, you'll be able to do it. A hat and sunscreen are recommended, as well as a waterproof camera to capture the underwater views.

Cities nearby of Trogir 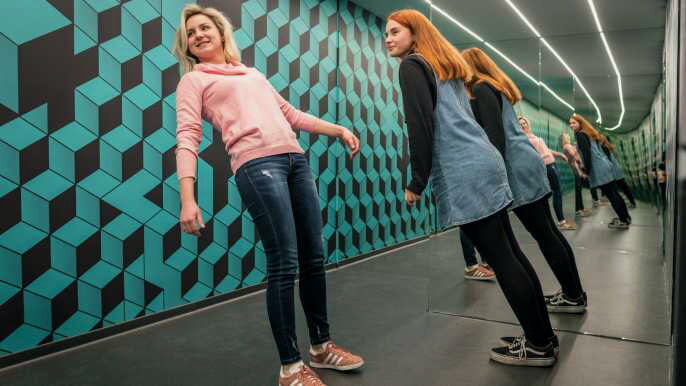 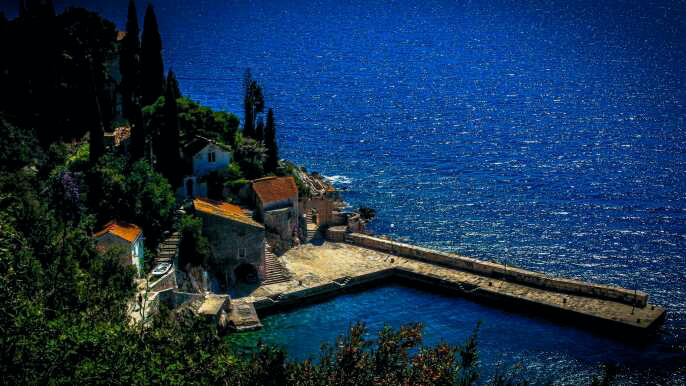 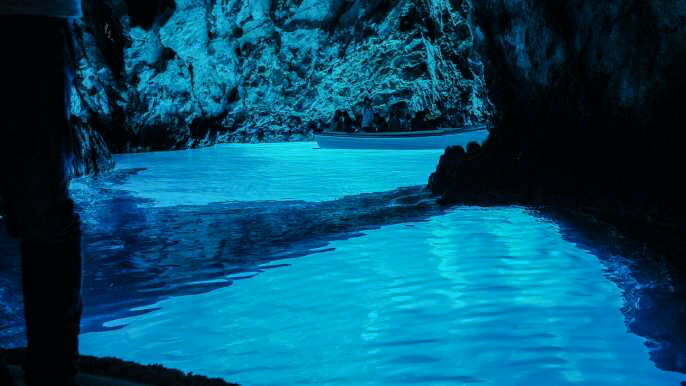 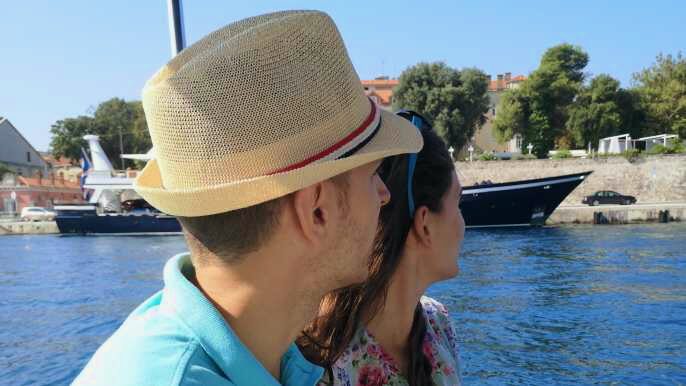 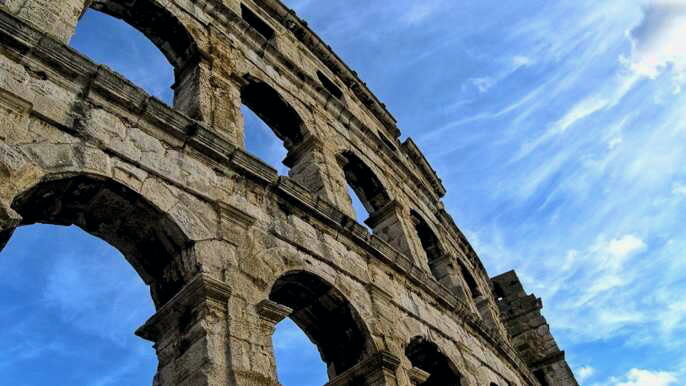 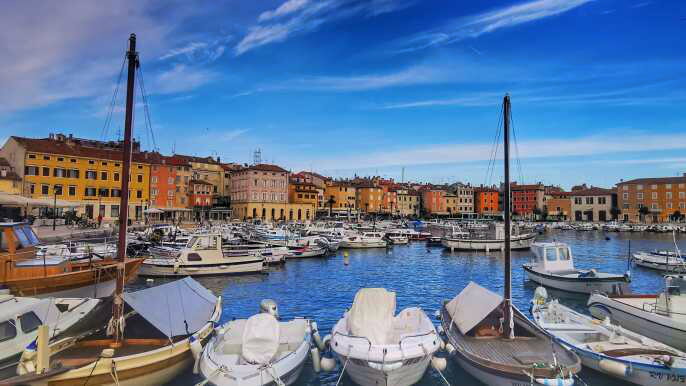 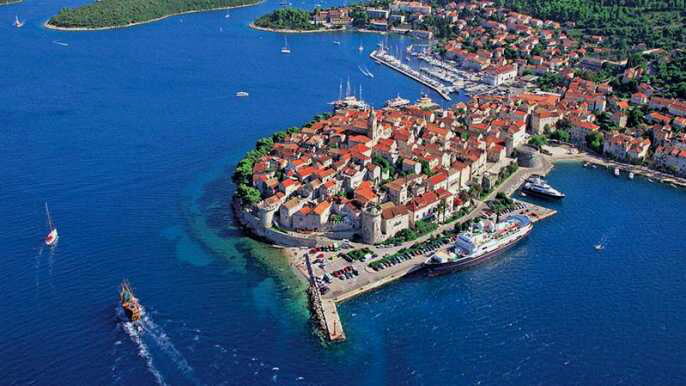 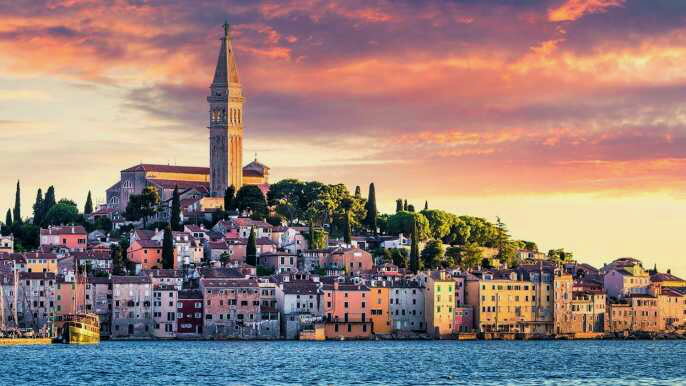