You can book more than 15 tours, tickets to museums, and skip-the-line passes to the main sights in Bergamo.

Whether you are looking for a guided tour of the town, an archaeology tour of the ancient city or a cultural tour of the natural science museum, there are plenty of options available. You can also book your own private tour with a local guide to make sure you see all the sights.

During your guided tours and excursions in Bergamo, you'll be taken to some of the best sights in the city. One of the most popular attractions in Bergamo is the Castello di San Vigilio. This fortified castle is located on the top of the mountain, overlooking the city. It has been around since the seventh century and has been fortified for strategic purposes. 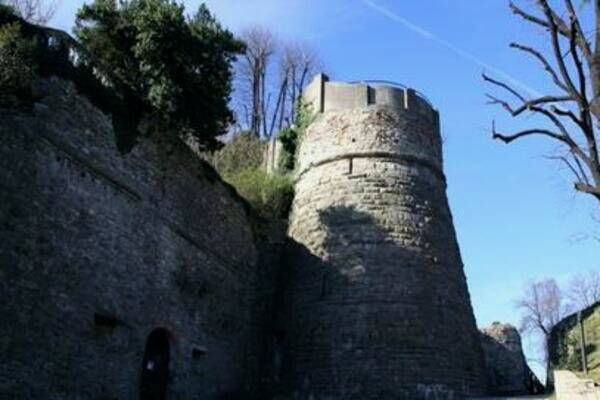 If you're looking for a day trip from Milan, Bergamo is a great place to visit. The city offers a rich history and is home to several museums. You can also enjoy a cooking class that shows you some of the best Italian food.

Another popular attraction in Bergamo is the Basilica di Santa Maria Maggiore. This is a large, romantic building that was built in the Middle Ages. It is also one of the grander of the two cathedrals in the city. It's open every day except Monday.

The Basilica di Santa Maria Maggiore is also home to the Colleoni Chapel. You can also enjoy a museum that features lots of fossils.

Located in the Lombardy region of northern Italy, Bergamo is a city of history and beauty. It is often overshadowed by Milan, but this city has many fantastic things to see and do.

Bergamo has many museums that are free to visit. You can learn more about the city's history and see some amazing artifacts. There are many museums in Bergamo that offer free entry to children under the age of 18. You can also sign up for a museum membership to visit more than one museum.

The Civic Museum of Natural Sciences was founded in 1861. The museum features more than 55,000 paleontological finds, which include fossils from the Orobic territory. The museum also has an extensive collection of ornamental stones and stones from the prehistoric period. Located next to the Archaeology Museum, the museum has been recently renovated. It's open Tuesday through Sunday, from 10:00 am to 5:30 pm. You can also purchase tickets for the museum, which are less than $5. Tickets for school groups are free, and tickets for disabled people are also free.

Located in the heart of Bergamo's old city, the Colleoni Chapel is a beautiful church. It was built in the Renaissance style. The interior features frescoes and statues, which make it one of the most spectacular religious structures in Italy. The exterior of the chapel is made of red and white marble. 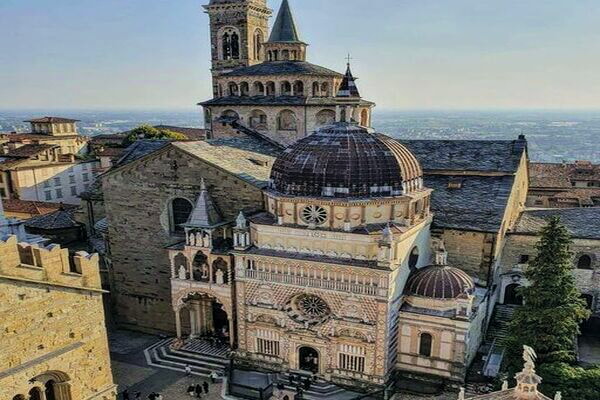 The interior of the chapel is decorated with marble sarcophuses, a golden equestrian statue of Bartolomeo Colleoni, and plasterwork. The chapel's interior is also illuminated in polychrome marble.

The chapel was built to commemorate the life of Colleoni. He was a fearless soldier who fought in several battles throughout Italy. He served as a captain-general for the Republic of Venice, and became its leader in northern Italy. He died at the age of eighty.

Colleoni's tomb was finished by German masters from Nuremberg in 1501 and is decorated with reliefs from the life of Christ. The chapel is surrounded by marble sarcophuses, gilded wood statues, and other artwork.

Taking a guided tour or an excursion to Bergamo is a great way to experience the many different dishes and beverages that the city has to offer. Bergamo is a small city located in Lombardy, between Milan and Lake Como.

The city is divided into two parts: the Lower City and the Upper City. The Upper City is the main area and has many of the city's most important sites. The lower city, or Citta Bessa, is the business district and has many shops and restaurants.

The Upper City has many attractions, including the Basilica of Santa Maria Maggiore and the cathedral. The city has also been home to numerous palaces and churches.

The most important religious building in the city is the Cathedral of Bergamo. The cathedral was built in the 12th century. This beautiful cathedral was the third church built on the same location. The interior is stunning.

The upper city is also home to the Orto Botanico di Bergamo, which is a small botanical garden. This site contains over 1200 different species of plants.

The best things to do in Bergamo

If you're thinking of going on a shopping spree in Bergamo, you can't go wrong by visiting the high-end shops and boutiques on Via XX Settembre, the city's central street. These stores have excellent quality goods, perfect for retail therapy. If you're looking for smaller gifts, you can head to Bergamo Alta, a district that offers many small handmade boutiques.

If you're looking for the best things to do in Bergamo, you can't miss the lively Via XX Settembre in the city center. Here you can find a variety of high street fashion brands like Zara, Mango, and Pandora. You can also find smaller, handmade gifts.

Piazza Matteotti is a historic square and one of the most important landmarks in the city. It is home to the Town Hall and the famous Mercato della Terra di Bergamo. This market is organized by the Slow Food convivia and serves local produce, wine and condiments. The food and drink is excellent and the selection is quite diverse.

One of the best places to see in Bergamo is the San Giacomo Gate. This white-marble structure is a key part of the city's venetian walls, and it was originally a gateway for travelers from Milan. Today, you can visit the gate and its beautiful stone bridge, and it is a great place to get a good view of the Lower Town.

Faunistic Park Le Cornelle is an extensive animal park that spans over 100,000 square meters. The park preserves animals of endangered species, while offering guided tours to give guests a closer look at the animals and their habitats. The park also has bars, restaurants, a play area for children, and souvenir shops.

The Basilica of Bergamo is a large church located in the upper part of Bergamo, Northern Italy. It was built to honor the Virgin Mary in 1133, when local citizens vowed to her that their city would be plague-free. 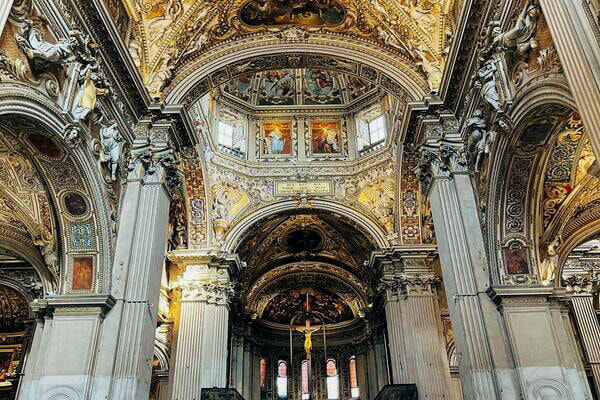 Located in the Upper Town, inside the Citadel, the Natural History Museum of Bergamo offers excellent exhibits on the flora and fauna of the city. The museum is a wonderful place to learn about the different species of plants, dinosaurs, and fossils that have lived in the area. It also offers workshops for children. Visitors of all ages can learn about the natural sciences in this museum.

If you're looking for a unique way to experience the medieval charm of Bergamo, consider booking a private tour of the city's "citta alta" (old town). You'll have a private guide and the tour includes commentary on the city's medieval history. Additional fees may apply, such as funicular tickets.

Cities nearby of Bergamo 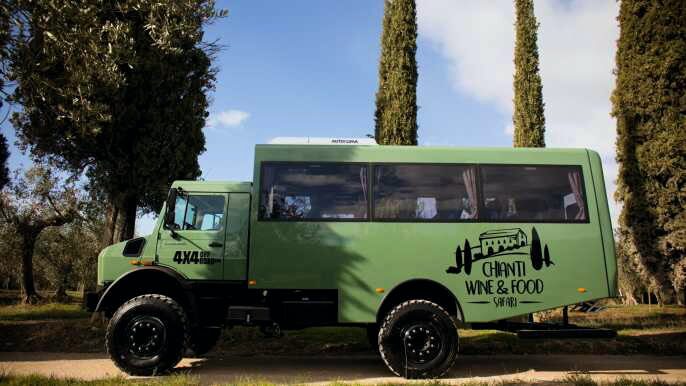 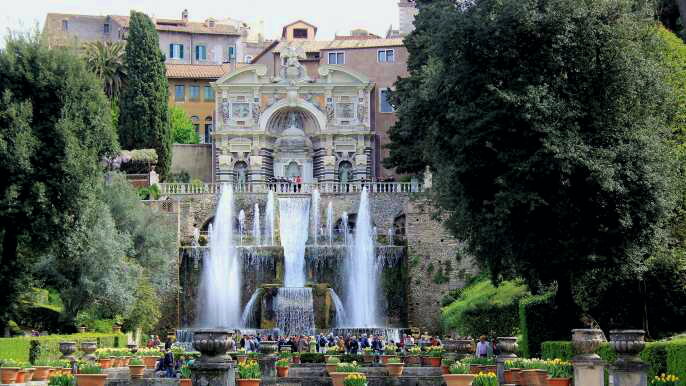 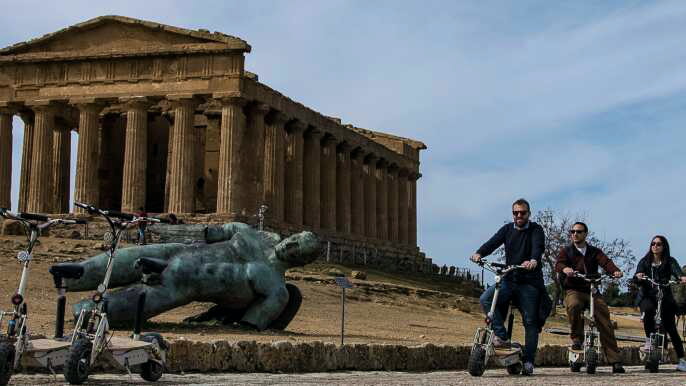 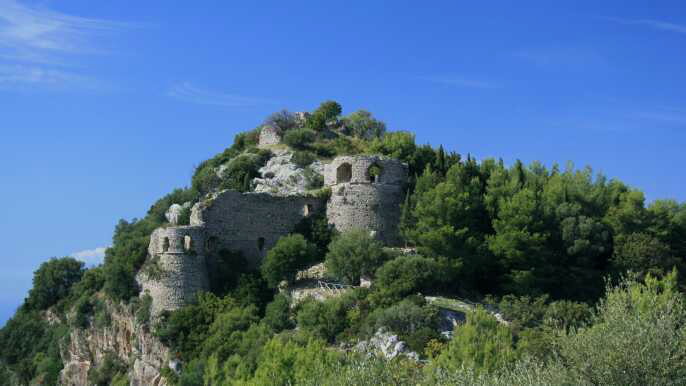 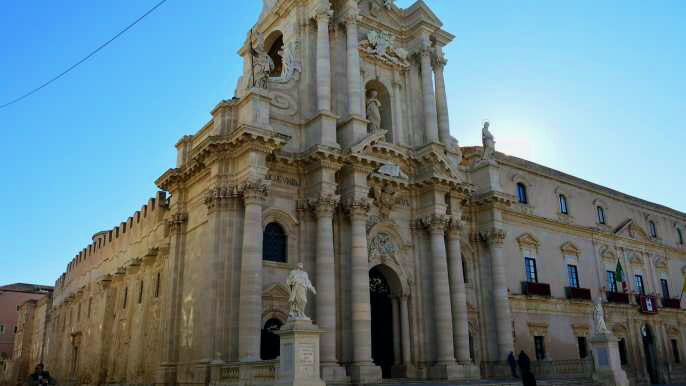 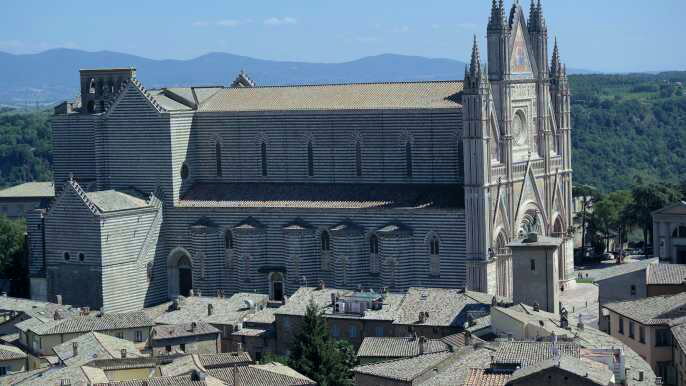 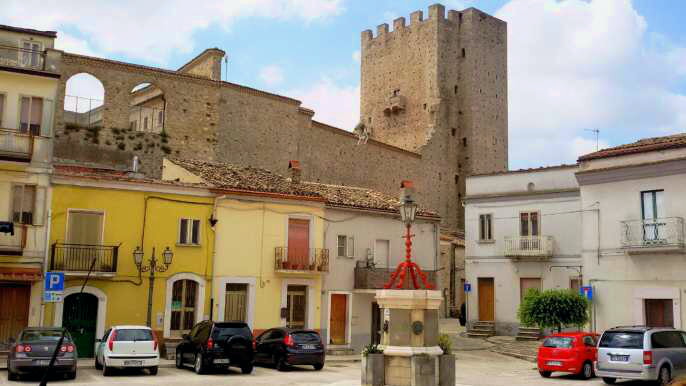 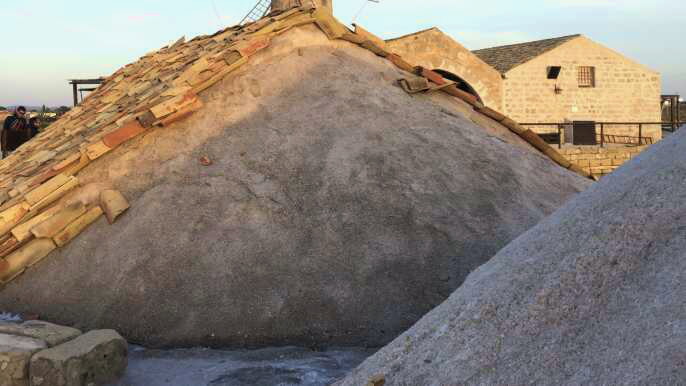 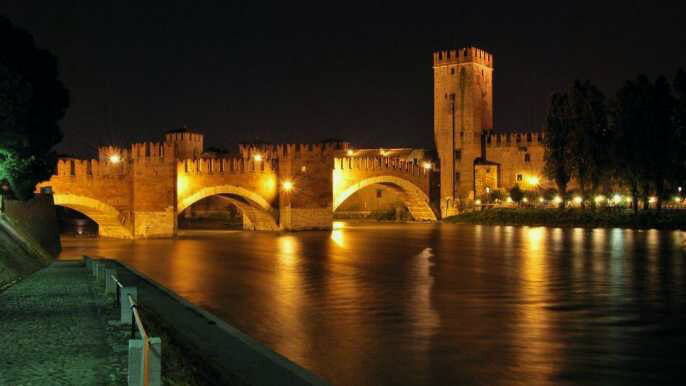 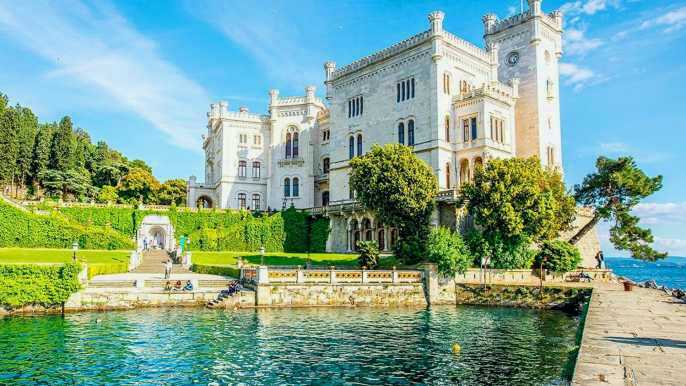 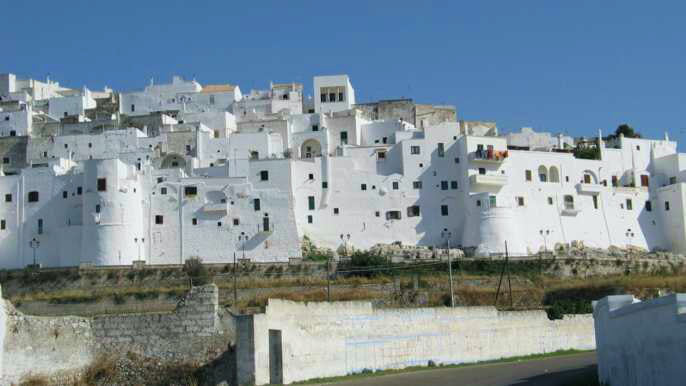 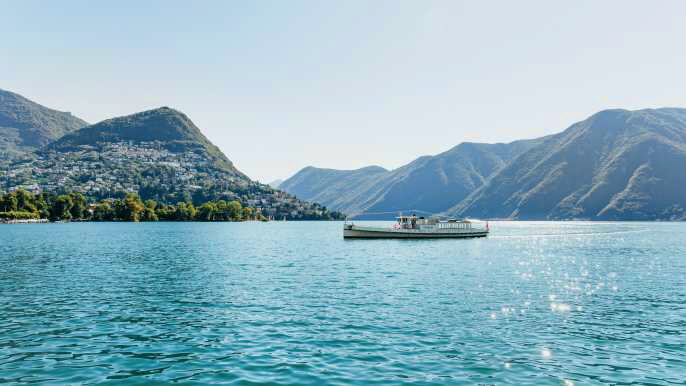 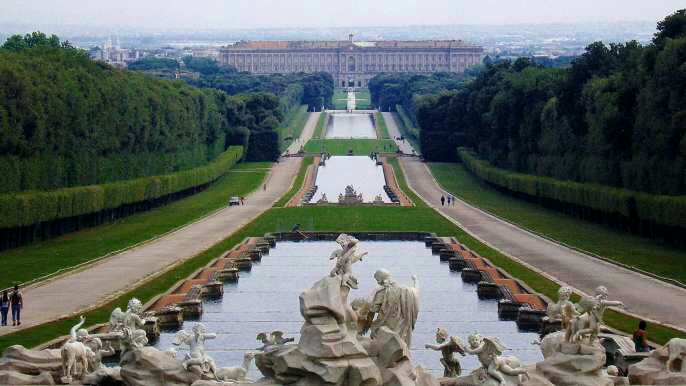 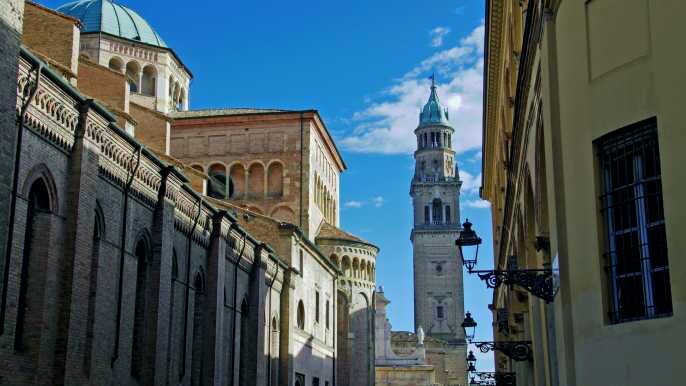 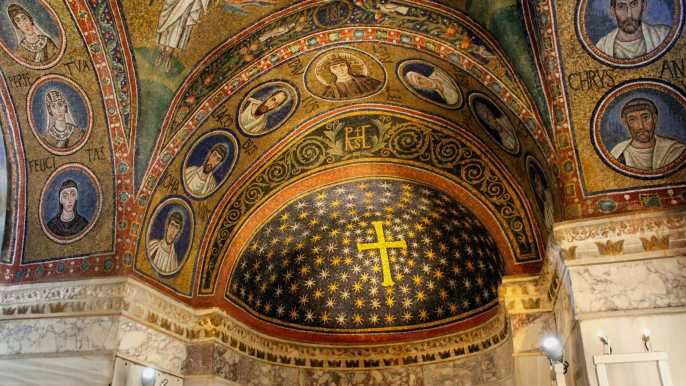 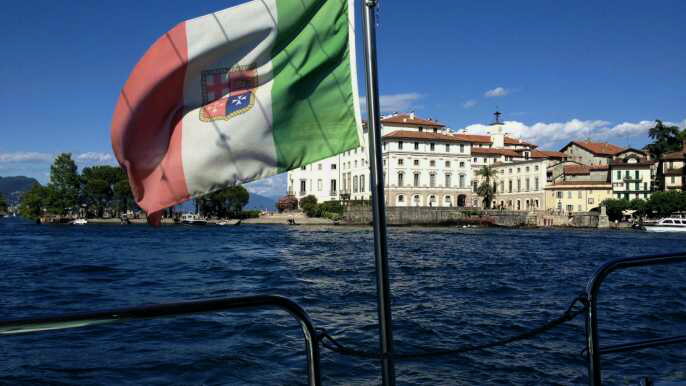 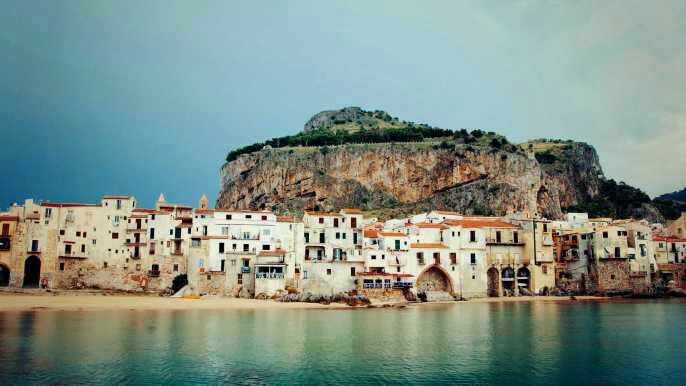 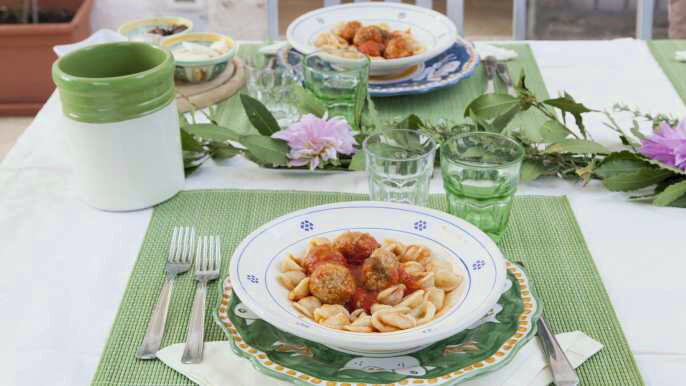 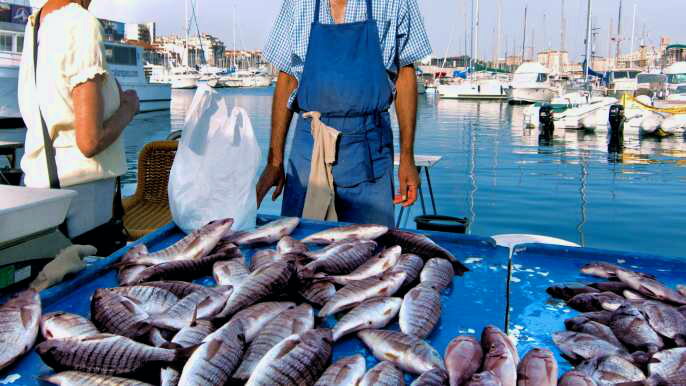 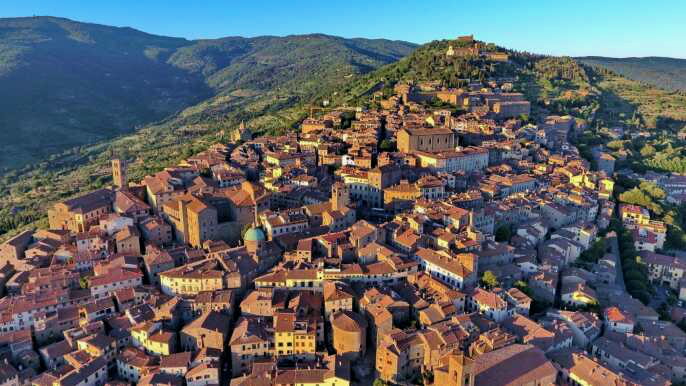