You can book more than 32 tours, tickets to museums, and skip-the-line passes to the main sights in Minsk.

Whether you are a tourist or you are visiting a relative in Minsk, there are several things to see and do while you are there. You can choose to visit the cathedral, go to the opera, or try some of the famous restaurants.

Located between the Svislach river and the Republic Palace, Minsk Old Town is a picturesque city with a unique personality. Here you can visit historical sights, museums and galleries, and find a number of cafes and restaurants. It's also a lively place in the evening, when it is possible to explore Minsk's nightlife.

Among the most important sights in Minsk is the Holy Spirit Cathedral. The most famous relic of the church is a miraculous icon of the Mother of God. It was discovered in 1500 by Minsk residents. The icon is one of the most valuable relics of the iconostasis.

The building of the cathedral is a Russian Orthodox structure. It is a beautiful building with a beautiful view. It has been renovated many times over the years. A new organ was installed in 2005. The cathedral is a wonderful place to visit and there are many sacred icons to touch. It is a popular destination for tourists and foreigners who are interested in history.

Located in Belarus, the Stalin Line Historical and Cultural Complex is a tribute to the heroic struggle of the Soviet people against Nazi invaders during the Great Patriotic War. This impressive fortification ensemble consists of six fortifications, two of which are fully restored and sit on the territory of the Stalin Line Museum. The complex also features a park of military equipment, which is the most complete exposition of its kind in the Republic of Belarus.

The main attraction is the ability to ride in a real T-34 tank. The Stalin Line complex is located on a former western border of The Soviet Union. It is a complex of structures that were part of the 1930s Soviet border defense system. 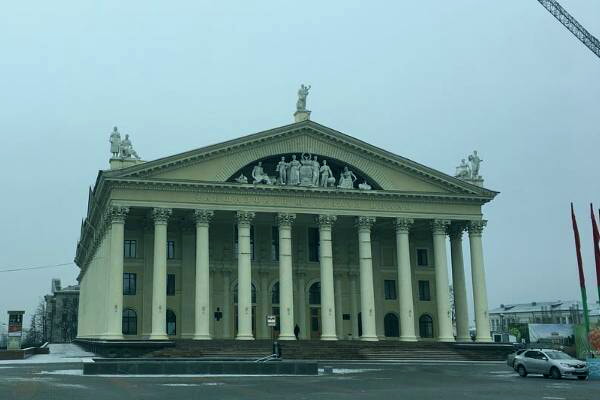 Located near the Nemiga metro station, the Minsk Arena is one of the major sports venues in Belarus. It was the venue for the 2014 Hockey World Championship. The arena is decorated with gypsum details and marble, and has comfortable seating. It's also home to several restaurants, lounges, and massage parlors.

While in the capital, it's a good idea to visit the Belarus National Museum. Its collection includes over 14000 objects, and its design combines monumentalism with advanced technologies. The museum focuses on the role of Belarusians in the Red Army during the Great Patriotic War. The museum is divided into 10 halls and contains audio guides in seven languages. The main hall of the museum features a glass dome that resembles the Reichstag in Berlin. It also has a fog screen that mimics a flame.

Founded in 1933, the National Academic Bolshoi Opera and Ballet Theatre of the Republic of Belarus is the largest theater in the country. The theater organizes performances, events, concerts and other cultural activities. It has a repertoire that includes the works of Belarusian composers, as well as world masterpieces. The theater is a UNESCO's Five Continents medal winner, which recognizes the contribution of the theater to the culture of the world.

The building of the National Academic Bolshoi Opera and Ballet Theater of the Republic of Belarus was erected in the famous Soviet architectural style - constructivism. The theater's architecture was inspired by Roman amphitheaters. 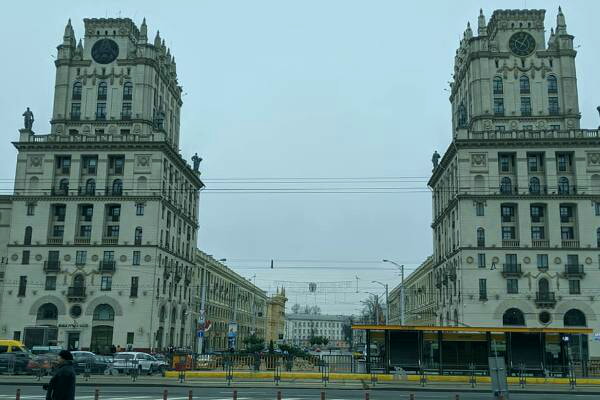 Whether you're looking for international cuisine, Belarusian dishes or a casual meal, Minsk has many restaurants that offer a wide variety of food at reasonable prices. And, the best part is that many of them offer great service! Choosing the right restaurant for you can be tricky. Fortunately, MeetnGreeters offers gastronomic tours in Minsk.

The "Golden Scallop" is a very popular Minsk restaurant. It has been in business for a long time. It's a great place to sample good wines from around the world. It's one of the first restaurants in Minsk to stock a good wine collection.

The Grand Cafe is another popular restaurant in Minsk. The restaurant is famous for its high-quality food and friendly service. The menu features Italian classics, as well as a selection of regional specialties. It's a great spot for a date or to catch up with friends. The cafe also serves coffee and cocktails, as well as other beverages.

Visiting Minsk, the capital of Belarus, is a great opportunity to see a Soviet-era city with modern buildings and monuments. It is also a place that provides plenty of options for excursions and day trips.

Minsk is a clean and affordable city that has a lot to offer. Several tourist attractions are free. You can visit the Church of Saints Simeon and Helena in Independence Square, the KGB historical office, the Ice Hockey Arena and the Gate of Minsk. These sites are also good places to go for night-time sightseeing. You can book a tour with a local travel agency that will take you to these and other important sites. You will be accompanied by an English-speaking guide who will show you around the sights of the city.

In the Old Town, you will be able to find a lot of 17th and 18th century buildings. You will also be able to see the double-towered Holy Spirit Cathedral and the Maxim Bogdanovich Literary Museum. You can also go for a horse-riding excursion that lasts for about 2.5 hours.

Another must-see in Minsk is the Great Patriotic War Museum. This museum is located in the Old Town and has full-size letters, medals and tanks. You can even take a guided audio tour in English. You can also visit the restored bunkers and authentic interiors. There are reenactment battlefields and demonstration areas with military vehicles. You can even try out some of the machines that were used in the war.

If you are interested in seeing the famous Russian artist Zair Azgur, you can visit his museum. He was a member of the USSR Academy of Arts and a prolific sculptor. His museum features a large collection of Lenin sculptures. You can take a tour of the museum in English and Russian. You will be able to see several sculptures of Zair Azgur and other prominent Soviet artists.

The Nesvizh castle is a five-tower gothic palace that was the residence of the Radziwill family until 1939. It was restored between 2002 and 2011. The palace has fortifications and is a real gem of Belarus. This complex is difficult to reach by public transport, but it is well worth the visit.

The Stalin Line is one of the most popular tourist attractions in Belarus. You can visit the site as a defense museum or as a reenactment battlefield. You can also try out some of the war machines and learn more about the history of the Stalin Line. You will be able to find out about the atrocities that were committed in Kurapaty. It is estimated that over 250,000 people were killed in this area by the Soviet secret service. The site is also a good place to remember the atrocities of the Stalin era.

If you are looking for a place to eat in Minsk, you can try the Kamyanitsa Restaurant. This establishment serves dishes that are based on traditional recipes from the Grand Duchy of Lithuania and the Polish-Lithuanian Commonwealth. Its food is also quite affordable.

Cities nearby of Minsk